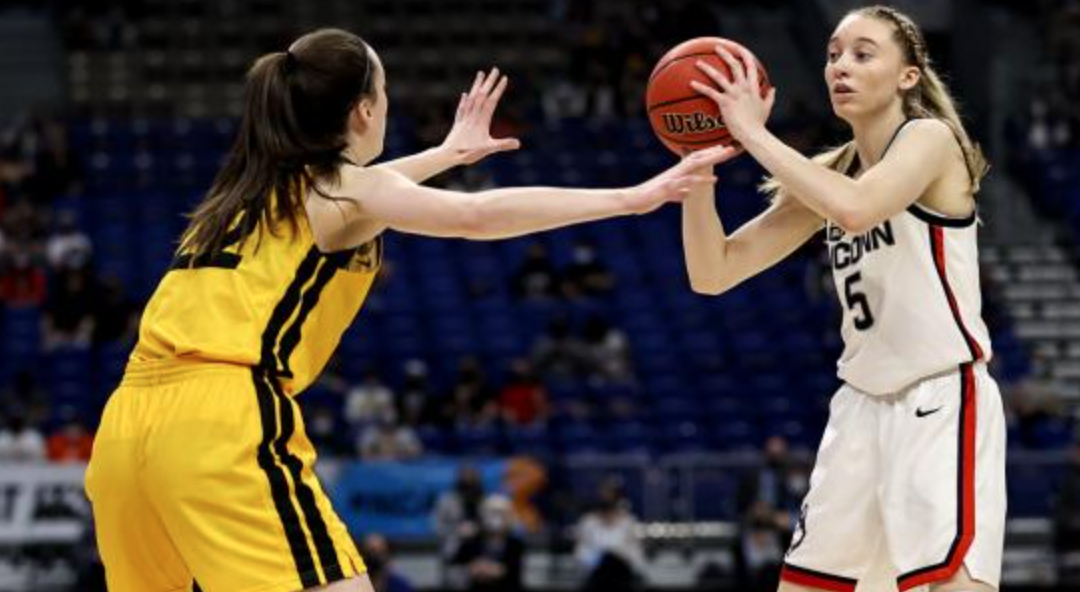 If Paige Bueckers and Caitlin Clark had been operating under NBA’s rules, they wouldn’t be playing in this year’s NCAA Tournament.

The UConn and Iowa stars both made an immediate impact as freshmen, posting incredible stats and making deep tournament runs. Bueckers averaged 20.0 points, 5.8 assists and 4.9 rebounds per game last season and won the AP Player of the Year award. Clark averaged 26.6 points, 7.0 assists and 5.9 rebounds and led the Hawkeyes to the Sweet 16. She lost to — you guessed it — Bueckers and the Huskies. Read More