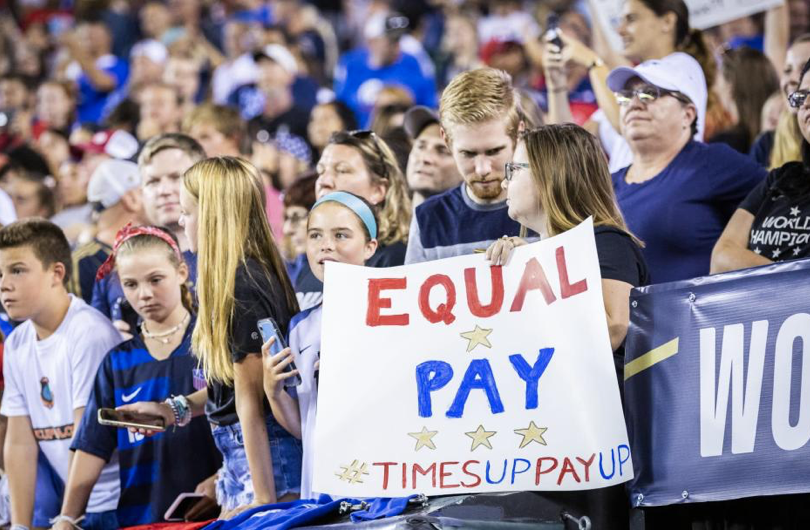 In February, the women of the US Women’s National Team finally got some good news in their fight for equal pay: the US Soccer Federation – their employer, whom they’d very publicly sued for gender discrimination in March 2019 – had finally agreed to a $24 million settlement. In May, their victory became real when they reached an official agreement with the federation that guaranteed equal pay for US soccer teams through 2028.

Whether or not you’re a soccer fan, chances are you already know a lot about the team’s fight for equal pay. In 2016, some of the most recognizable players in the world – Megan Rapinoe, Alex Morgan, Carli Lloyd, Hope Solo, and Becky Sauerbrunn – filed a wage-discrimination complaint with the Equal Employment Opportunity Commission. They publicly called out their bosses and, in doing so, catapulted some of the longest-simmering issues in women’s sports – subpar working conditions, an insulting lack of investment in the women’s game, and, of course, a glaring pay gap – straight into the spotlight. By the time they formally sued their employers three years later, they’d had enough. The women of the USWNT were significantly more successful than their male counterparts (the USWNT has won four World Cup titles, while the men’s national team has won none), but they were flying economy, playing on injury-inducing turf, and earning just a fraction of what the men would have made if they had the same record. Read More