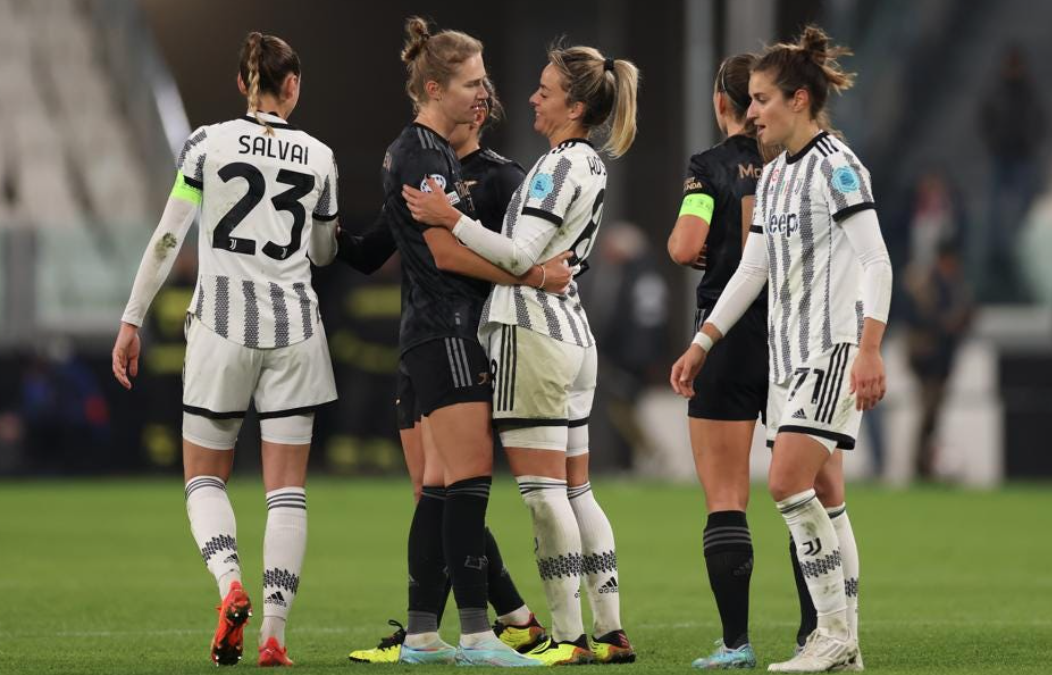 After scoring the goal which won her injury-ravaged team a crucial point in the UEFA Women’s Champions League away to Juventus last night, Arsenal striker Vivianne Miedema implored those in control of the women’s game to take better care of their athletes to prevent more players sustaining injuries due to overload.

On Saturday, Miedema’s strike partner Beth Mead, the BBC Women’s Footballer of the Year and Player of the Tournament at this summer’s UEFA Women’s Euro, suffered a rupture to her anterior cruciate ligament, an injury which Miedema confirmed will keep her out of next summer’s FIFA Women’s World Cup finals. Read More