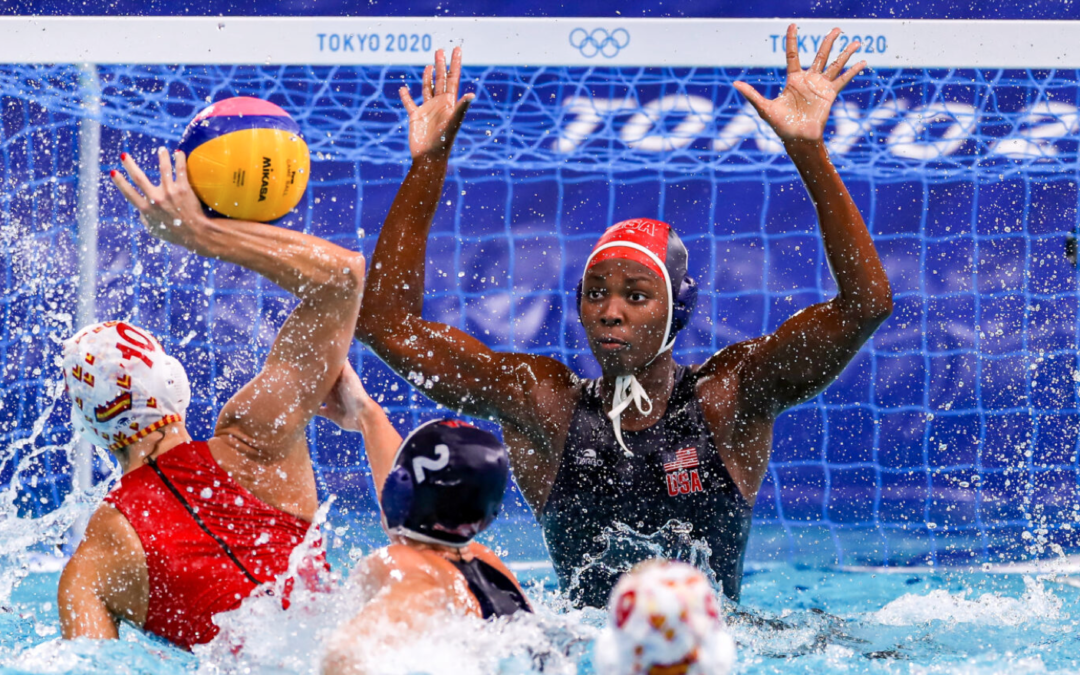 The U.S. women’s water polo team has won gold for the third Olympics in a row, handily beating Spain in the gold medal match thanks to aggressive offense and a goalie who made block after block.

Ashleigh Johnson, the first African American woman to make a U.S. Olympic water polo team, blocked 11 out of 15 shots from Spain during her time in goal – a rate of 73%. The main goalie for Spain blocked 19% of the shots, and the final score was 14 to 5.

“I’m so proud of how we performed for each other today and for the people that we represent,” Johnson said after the match. “I hope everyone was watching and I hope they find something in our performance today, because we gave everything that we had.” Read More