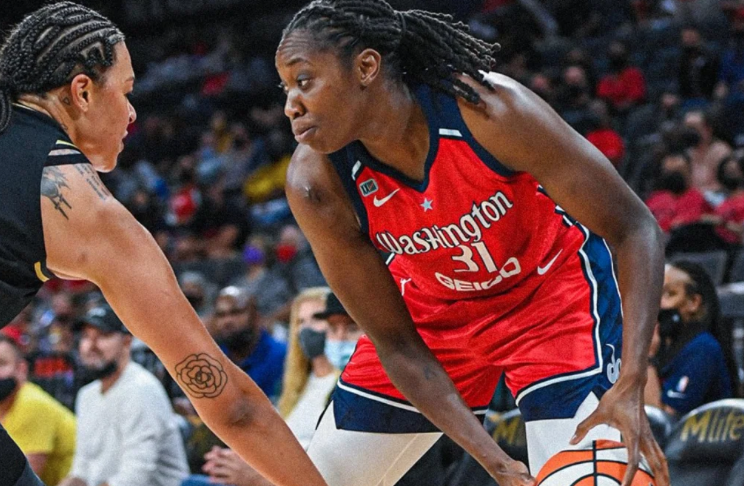 With her 6,453rd point on Tuesday night, Washington center Tina Charles climbed up to seventh on the WNBA’s all-time points leaderboard list in the Mystics’ 93-83 loss to the Las Vegas Aces.

Coming down to Washington after six seasons with the Liberty, Charles has thrived in a bigger role on the Elena Delle Donne-less Mystics this season. Sporting a career-high 25.9 points per contest coming into the Mystics’ matchup with the Aces, Charles has thrown herself right into the league MVP race with more than five ppg more than the league’s next top scorer.