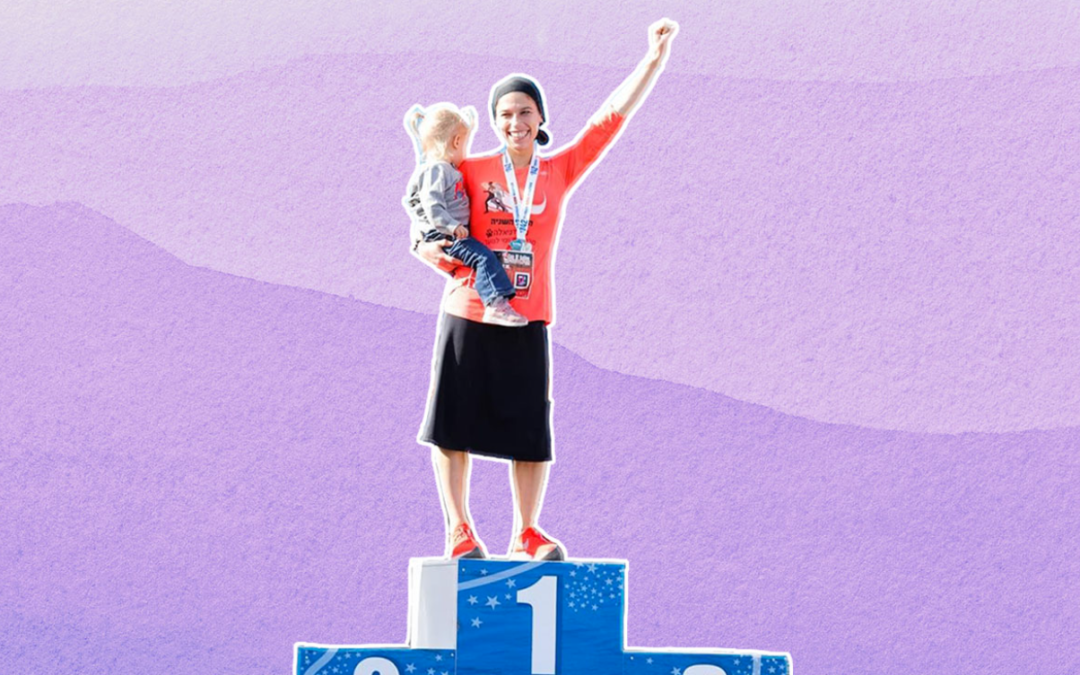 In 2016, U.S.-born Israeli Beatie Deutsch (AKA Marathon Mother) placed sixth in the Jerusalem half marathon — watching her, you’d never guess that the Orthodox mom took up running only four months prior. The following year, she ran the Tel Aviv Marathon… while seven months pregnant with her fifth child (really!).

Deutsch is an ultra-Orthodox Jew who keeps all the Jewish laws — including modest dressing. When she’s running, you’ll see her wearing a headscarf, elbow-length shirt and a knee-length skirt covering her leggings. Her modest attire makes her stand out from the other runners as an unlikely star athlete. Read More