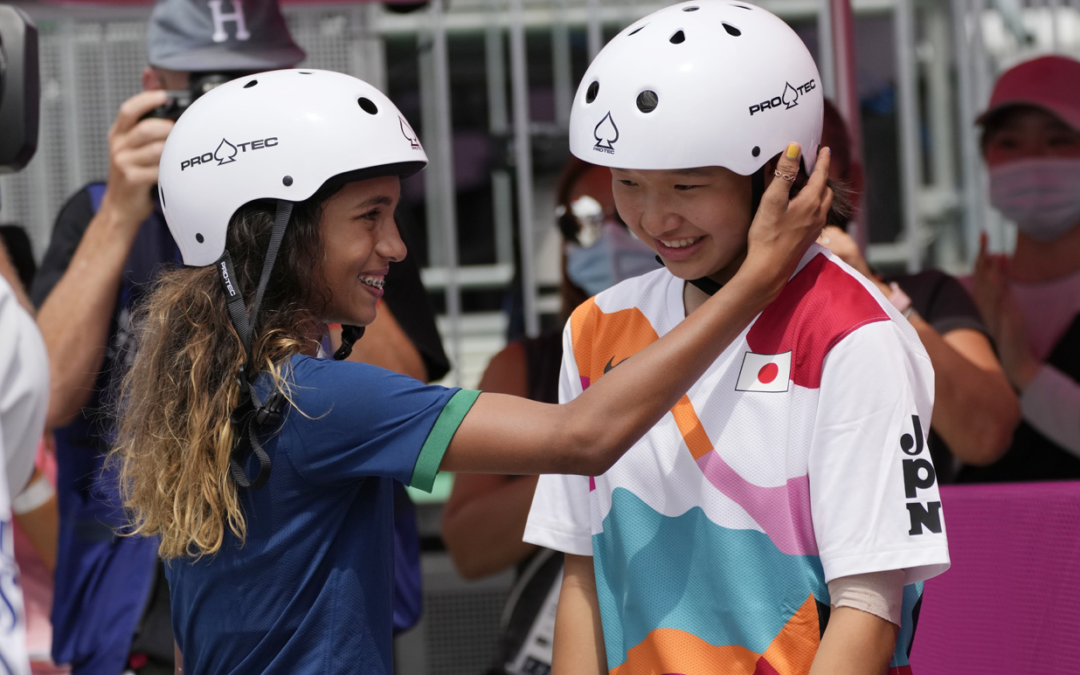 They were children sitting at a dais in a roomful of adults. The gold and silver medal winners of the first Olympic women’s street skateboarding event, fearless in their leaps off ramps and railings, suddenly looked small at the victory news conference.

Japan’s Momiji Nishiya and Brazil’s Rayssa Leal, two 13-year-old girls with their mothers allowed special exceptions to the ban on fans and family at these Olympics, gazed into the blaze of television lights and a world that had gotten very big for them very fast. The questions came like thunder, many carrying some variation of the same idea. Read More