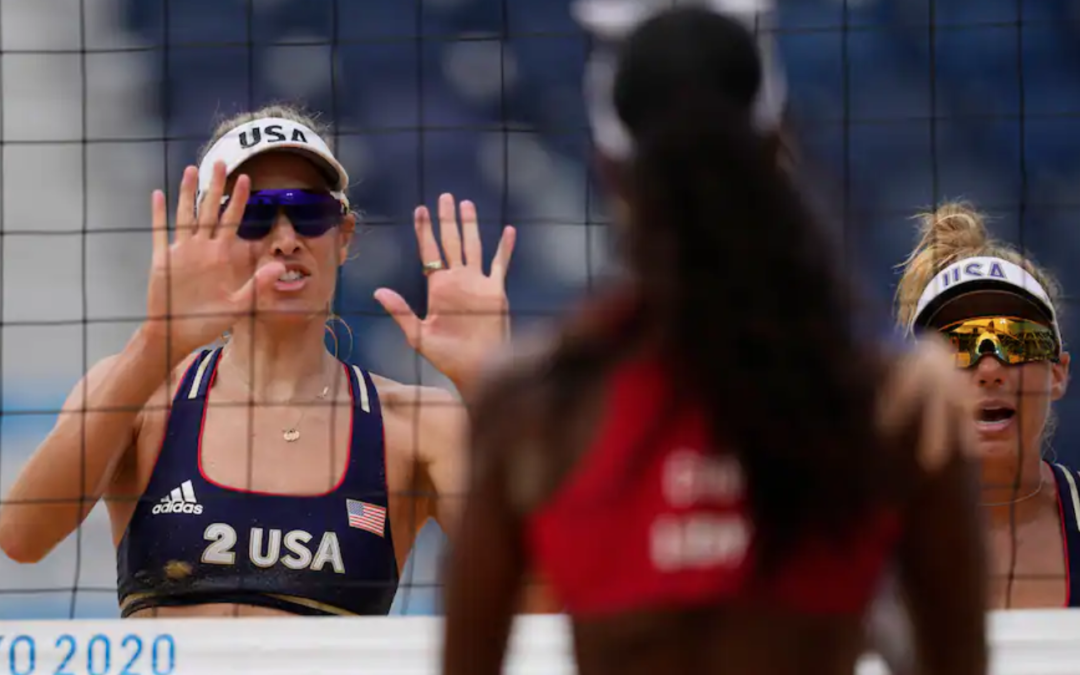 For female Olympians, the debate over uniforms has taken center stage alongside their athletic performances. U.S. beach volleyball players April Ross and Alix Klineman wear bikinis because of heat and sand, though Ross acknowledged that the two-piece bathing suit also attracts fans. “I have always felt like when you get somebody drawn in, however you get them in to beach volleyball, they fall in love with the sport,” Ross said. “So, hopefully that happens also.