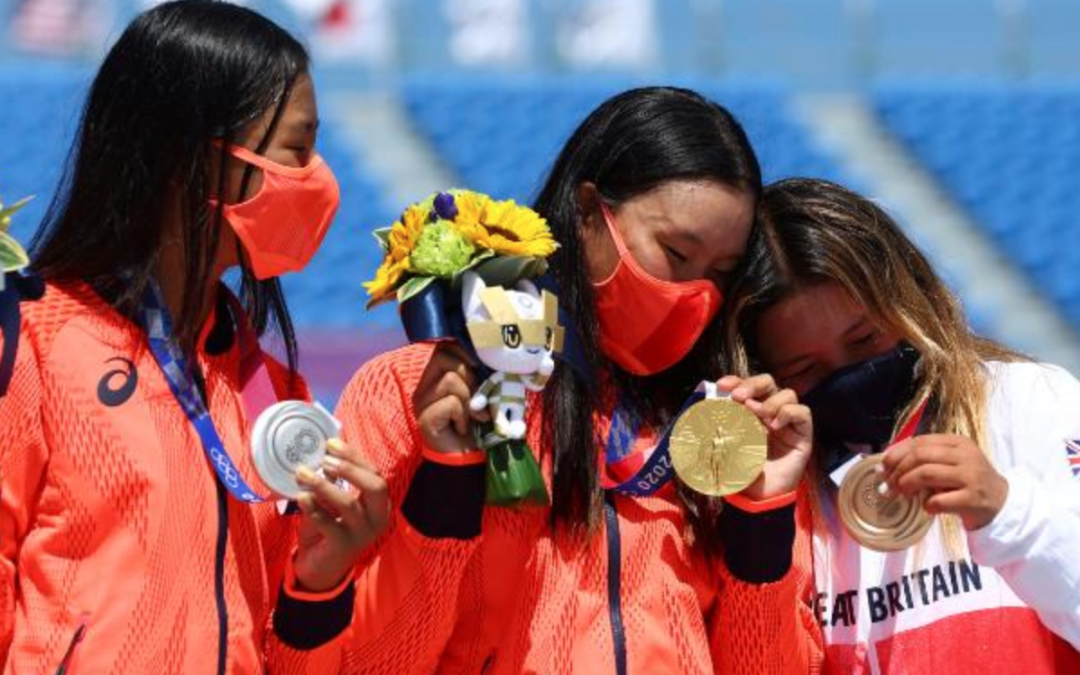 Great Britain’s Sky Brown, 13, claimed the bronze medal in Wednesday’s park skating competition with her last run of the day. It meant the three skaters on the podium had a combined aged of 44 — two years more than the medalists in last week’s women’s street final.
With an English father and a Japanese mother, Brown says she also “really feels at home” in Tokyo, though she discredited the idea that youth is a prerequisite for skateboarding success.
“Anyone can do skateboarding,” she told reporters. “You don’t have to be of a certain height or a certain age — you can do it whenever you want … You just got to skate and go for it.” Read More