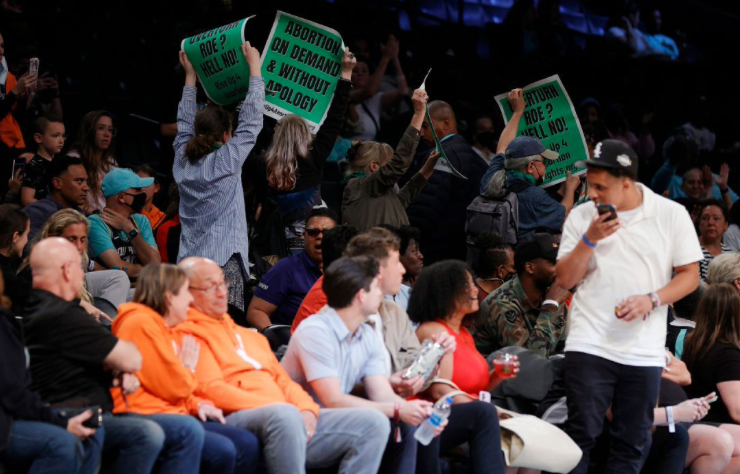 Pro-choice supporters briefly ran on the court during Tuesday night’s WNBA game between the New York Liberty and Minnesota Lynx at Barclays Center.

The protesters, who were shirtless but had their chests covered, were escorted off the court by security. While they rushed the court, other protesters in the crowd held up signs in support of Roe v. Wade and abortion rights. Read More