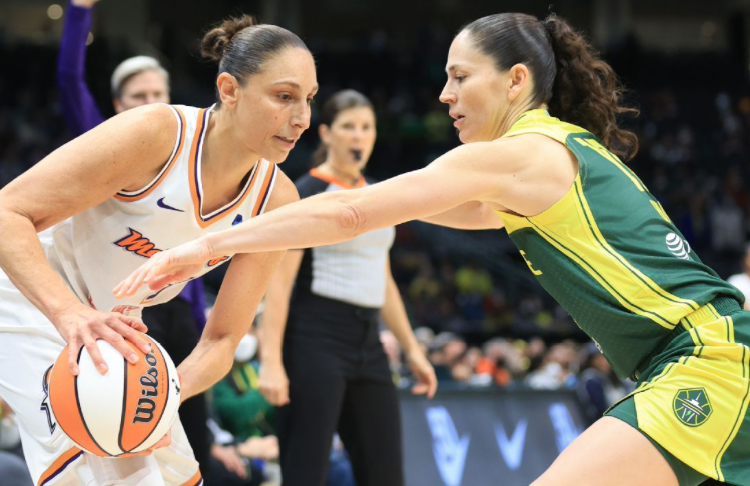 Phoenix Mercury star Diana Taurasi turned reflective Thursday when talking about what is likely to be the last time she’ll face her good friend, Seattle Storm star Sue Bird, on Friday night at the Footprint Center in Phoenix.

It will be the 46th time the two will face each other, which will tie the WNBA record for most regular-season meetings between two players in league history. Facing Bird for the final time is something Taurasi has been thinking about more the last few days as the game drew closer and reality of the ide is starting to set in. Read More