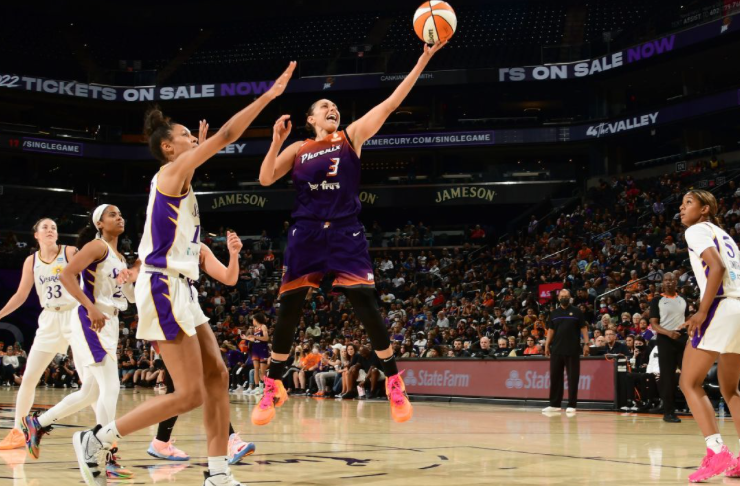 It seems hard to imagine, but Phoenix Mercury star Diana Taurasi found even more rarified air to be in Thursday night.

Taurasi scored 30 points in Phoenix’s 90-80 win over the Los Angeles Sparks, becoming the first WNBA player in league history to score 30 or more at age 40 or older. She also joined Michael Jordan and Dirk Nowitzki as only the third to do it in NBA/WNBA history. Read More