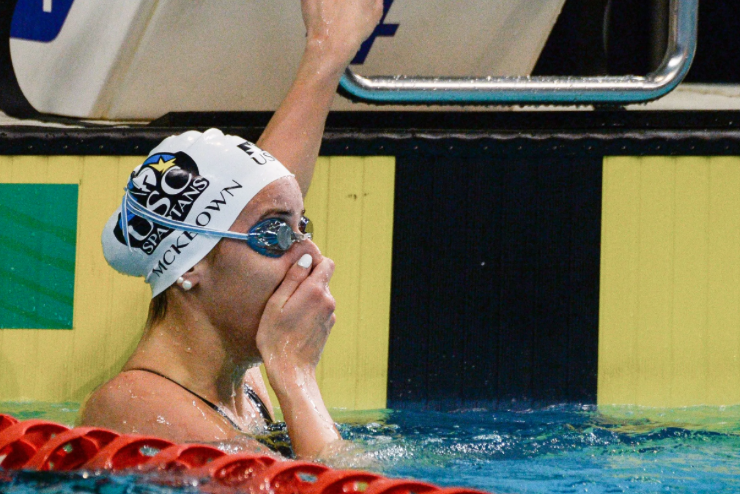 Adelaide, Australia, is 9,482 miles away from the site of the U.S. Olympic swimming trials, but Sunday, it felt like it was next door.

Australia is holding its Olympic swimming trials this week too, and two of its young stars have already sent the Americans a message from far across the Pacific with one world-record swim and another near-world record.

Their performances came little more than a day after American standout and 2016 Olympic gold medalist Lilly King offered a Joe Namath-esque prediction for the upcoming Tokyo Olympics prior to the start of the U.S. trials. Read More