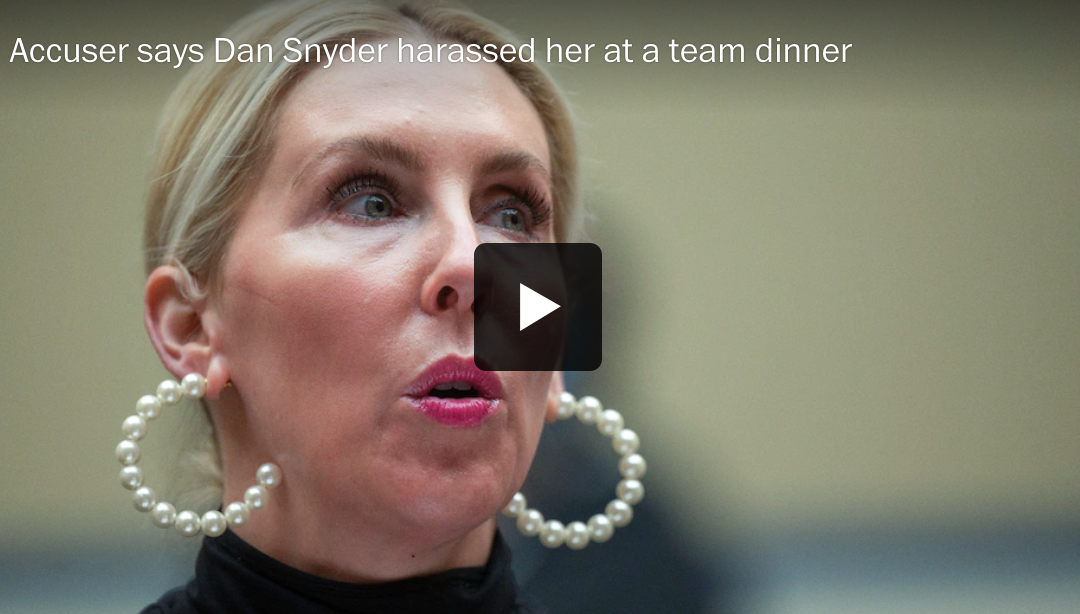 A former employee of Washington’s NFL team told members of Congress on Thursday that owner Daniel Snyder harassed her at a team dinner, putting his hand on her thigh and pressing her toward his limo, to throw the team’s workplace culture back into the public eye a day after the franchise unveiled its new brand.

Tiffani Johnston, a former cheerleader and marketing manager, was among six former employees who appeared on Capitol Hill to tell lawmakers about their experience working for the team, now named the Commanders, as the panel investigates the team’s workplace culture and the NFL’s handling of allegations of pervasive sexual misconduct at the franchise. Read More