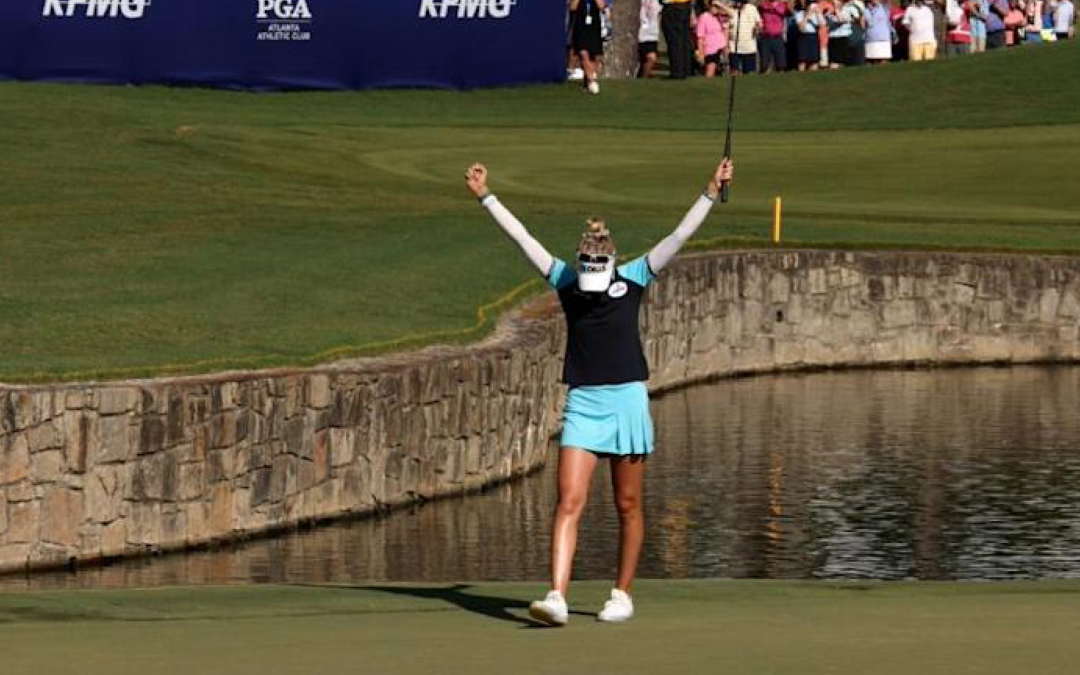 Nelly Korda won the Women’s PGA Championship on Sunday to capture her first major title and become the first American since 2014 to seize the world number one ranking.

The 22-year-old daughter of retired Czech tennis star Petr Korda made two eagles in outdueling compatriot Lizette Salas down the stretch for a three-stroke triumph.

“I’ve put in a lot of work,” Korda said. “And to finally get three wins under my belt this year and a major championship, I don’t even have words, honestly.” Read More