NCAA: UCF is women’s basketball Team of the Week after two big wins against Houston and South Florida 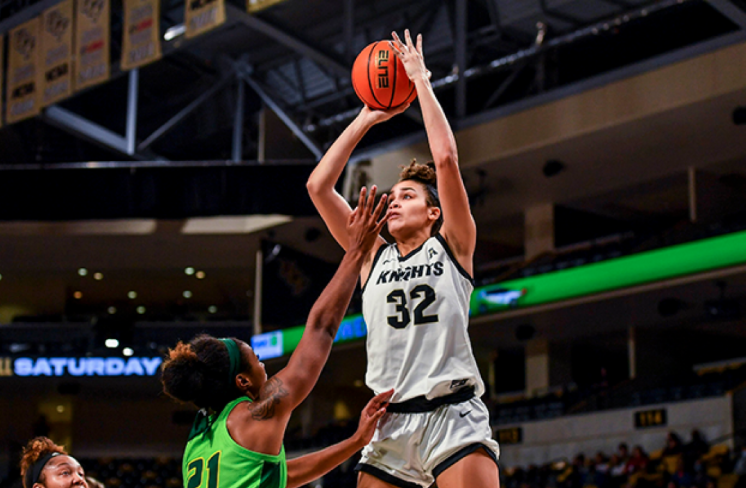 The NCAA.com women’s basketball Team of the Week, UCF, started the new year with four straight wins, including two last week over Houston and South Florida that propelled the Knights into sole possession of first place in the American Athletic Conference.

UCF improved to 12-2 overall and 4-0 in the AAC following a 67-51 home win over then-No. 24 South Florida on Sunday. A trio of Knights finished in double figures, led by Diamond Battles’ 19 points, while Tay Sanders added 18 points. Alisha Lewis chipped in 12 points with six assists and four steals. Masseny Kaba collected all six of her team-leading rebounds on the offensive glass. UCF was able to jump out to an early lead and never looked back in scoring its first win over a ranked opponent this season. As a team, UCF shot 52 percent or better in the first three quarters, finishing at 49.1 percent from the field overall. Read More