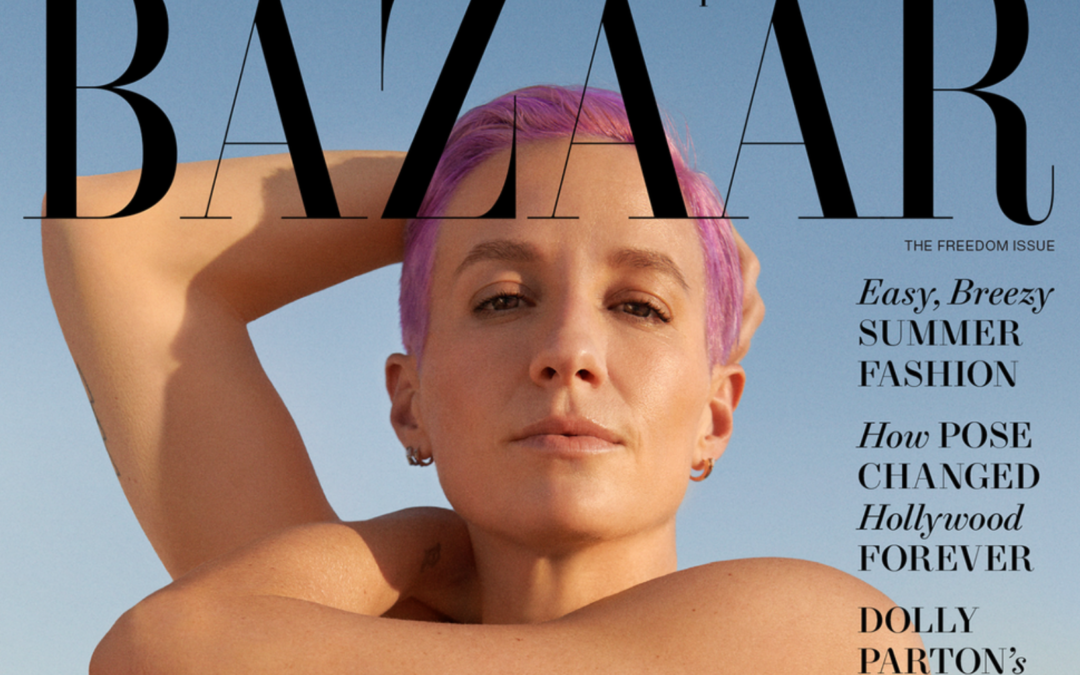 Late into the night of the Moët-soaked celebrations for the 2020 WNBA championship last fall, Megan Rapinoe was letting loose with her now fiancée, Sue Bird, the great Seattle Storm point guard, when she found her opening.

“I had gotten wind that one of the WNBA referees could do stick-and-poke tattoos,” she tells me one sunny day in April from her hotel room in Sweden over Zoom. The 35-year-old star soccer player and activist is in a post-practice repose: barefaced in a black hoodie with her faded purple hair tousled like she’s just woken up from a nap and gold rings on her fingers. “I’m not going to use her name,” she says, somewhat soberly, referring to the tattooing ref before laughing. “I’m not even sure they’re supposed to be doing that!” Read More