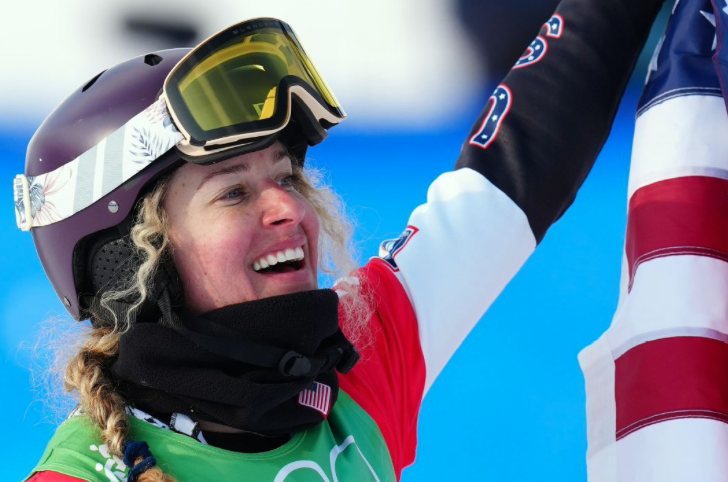 Snowboarder Lindsey Jacobellis became the first American gold medalist at the 2022 Beijing Olympics, jumping to an early lead and holding on to win the women’s snowboardcross on Wednesday.

Sixteen years after falling in the homestretch of the inaugural Olympic snowboardcross race at the 2006 Games in Torino, Jacobellis, 36, became the oldest snowboarder to medal at the Olympics and earned her second medal in five Olympics. She also became the oldest American woman to win gold at the Winter Games in any sport, a record previously held by Kikkan Randall, who won gold in cross-country skiing during the 2018 Pyeongchang Olympics at age 35. Read More