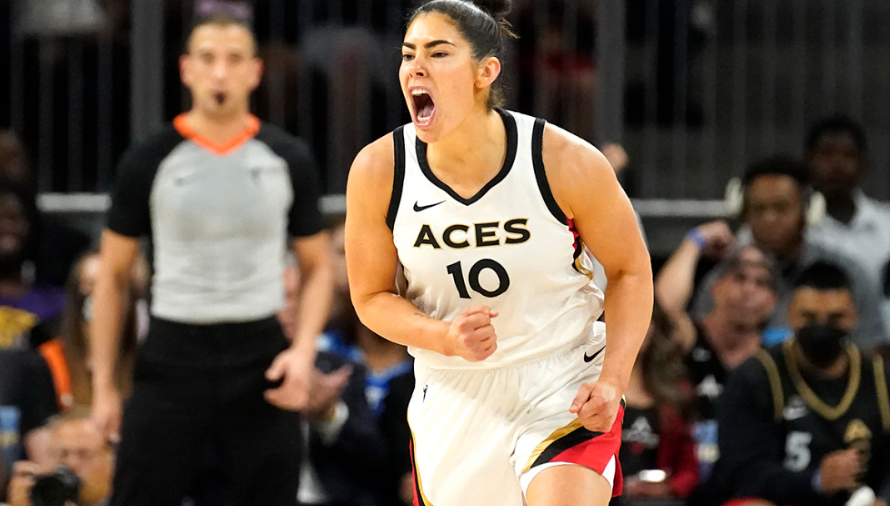 Aces star Kelsey Plum voiced her displeasure with the WNBA’s current pay structure and advocated for a larger revenue share from the NBA on Monday.