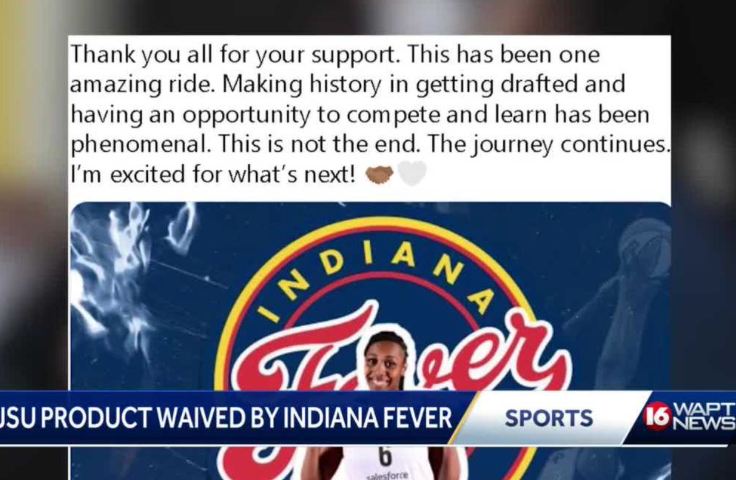 Jackson State’s Ameshya Williams-Holliday was waived by the Indiana Fever on Wednesday. The 25th pick in the draft will now be looking for a new team and new opportunity.

Unfortunately this is the norm in the WNBA. First round draft picks, former rookie of the year players and veterans were cut this week as well. Current top players, college coaches and fans are calling for an expansion of the WNBA so there can be more teams and talents like Ameshya can make final rosters. Read More