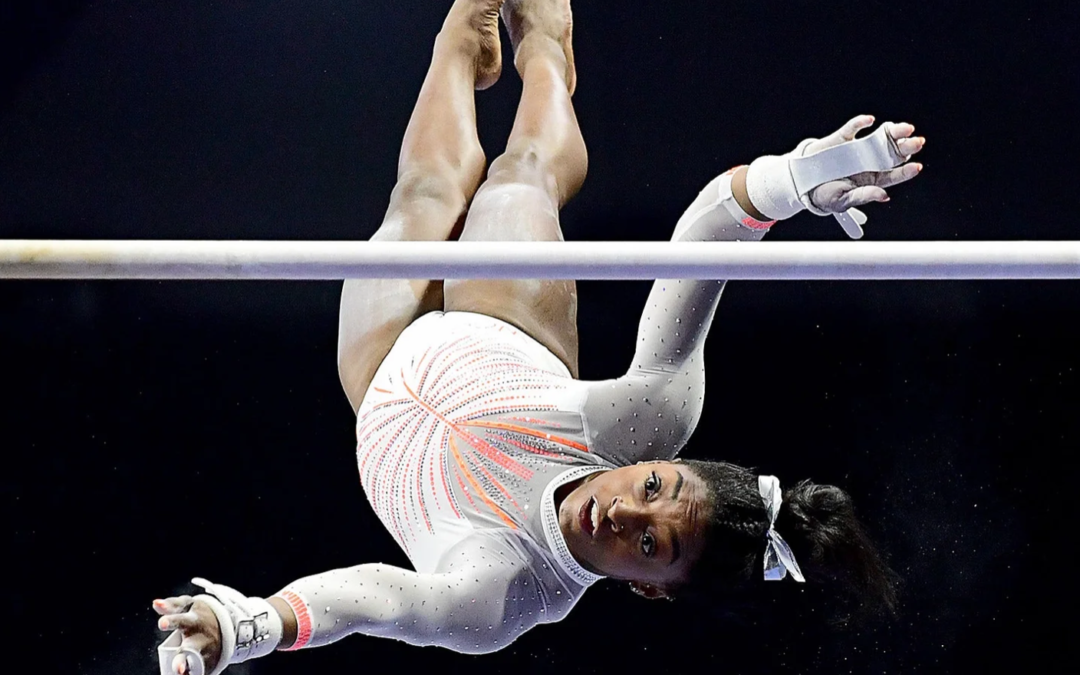 Was the balance beam at the 2021 U.S. Classic cursed? Throughout both sessions of the star-studded May 22 meet—the first major elite competition since the pandemic began, at which gymnastics fans were granted their first tantalizing glimpse of the full U.S. field in more than a year—superstar after superstar mounted … and then promptly ate mat.

The two young up-and-comers, Skye Blakely and Konnor McClain? Splat. Laurie Hernandez and Chellsie Memmel, beloved veterans whose comebacks have captivated the gymternet? Biff. Sunisa Lee, widely considered the front-runner for the Olympic all-around silver (aka Winner, Non-Simone Division)? Yoinks. (Lee also pancaked on her signature event, the uneven bars, where her routine is a gold medal contender.) The GOAT herself, Simone Biles, was rock-solid on that Kafkan torture apparatus—although uncharacteristically, she counted two falls on otherevents. If you’re a casual gymnastics viewer and not an obsessive (ahem, points to self), you may be wondering: What is going on here? Isn’t the object of gymnastics to, like, not fall? Is the U.S. women’s team OK? Read More