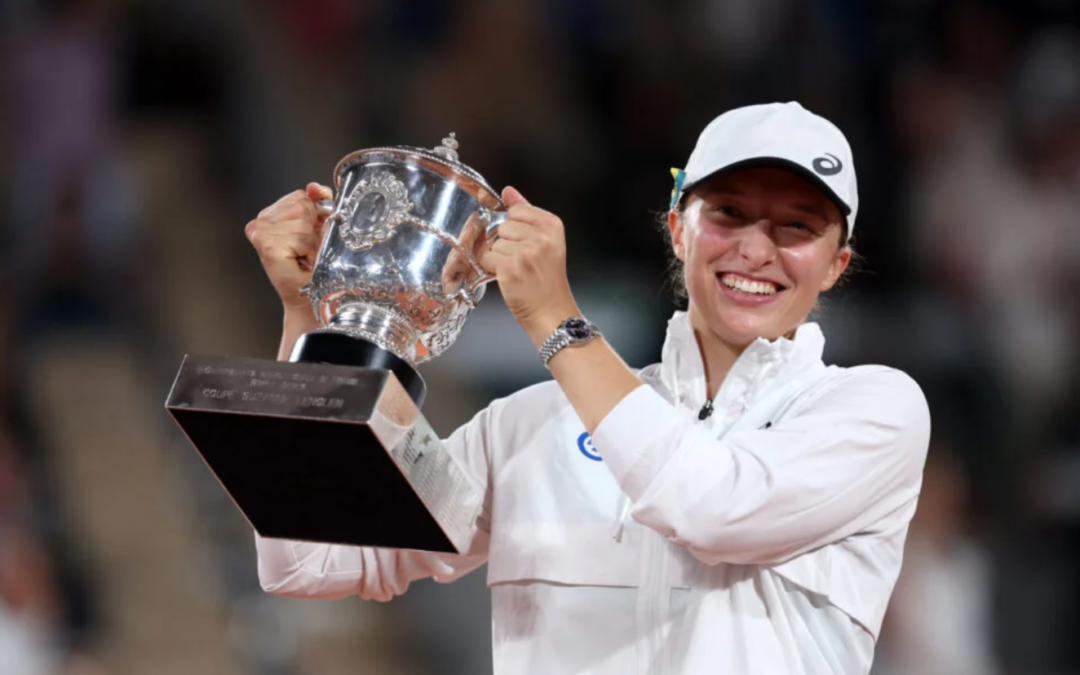 The Polish star stormed to victory at the French Open this weekend, securing a 6-1, 6-3 victory over Coco Gauff.

It was Świątek’s 35th successive win and her sixth consecutive WTA title. She is now on a longer running streak than Williams, who won 34 matches in a row in 2013. Read More