I Want What They Have: Megan Rapinoe and Sue Bird 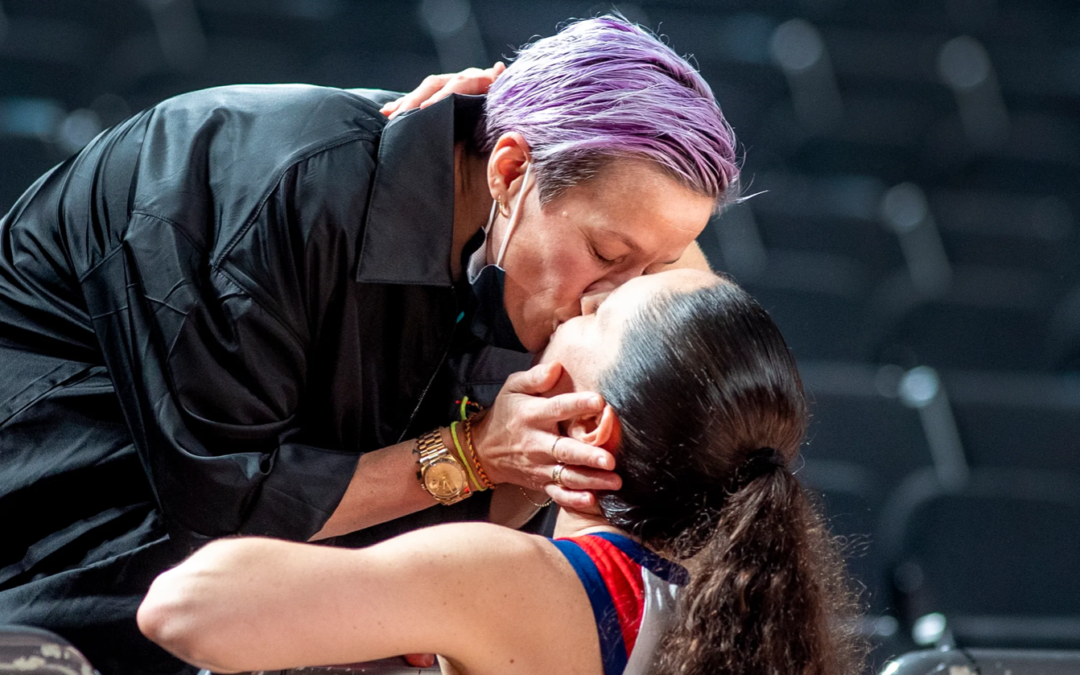 Okay, I’ll admit it; I want what every celesbian (celebrity lesbian, to the uninitiated) couples has, from Sarah Paulson and Holland Taylor to Kristen Stewart and Dylan Meyer. What can I say? I, myself, am a currently single lesbian who has never dated a celebrity, and I dream of one day holding my wife’s Judith Leiber clutch as she walks the Oscars’ red carpet. Fame and glory aside, I one day hope to find a partnership as sweet and mutually supportive as that of soccer star Megan Rapinoe and her fiancee, Seattle Storm basketball player Sue Bird.

Am I athletic? No. Have I ever dated anyone athletic? Absolutely not, unless you count the brief stretch of sixth grade when I was passing notes with the class star tetherball player—and I think she would insist upon clarifying that we were not dating. Still, when I hear that Rapinoe and Bird—who started dating in 2016, became the first same-sex couple on the cover of ESPN’s The Body Issue in 2017, and announced their engagement in 2018—decided to get married by the pool while on vacation in Antigua, I think, “Hey, I could do that.” (Could I match their respective athletic achievements? LOL, no, but, hey, I could bring a ring to the pool; that’s within my skill set.) Read More