Gwen Berry turns away from flag at U.S. track and field trials: ‘I feel like it was a setup’ 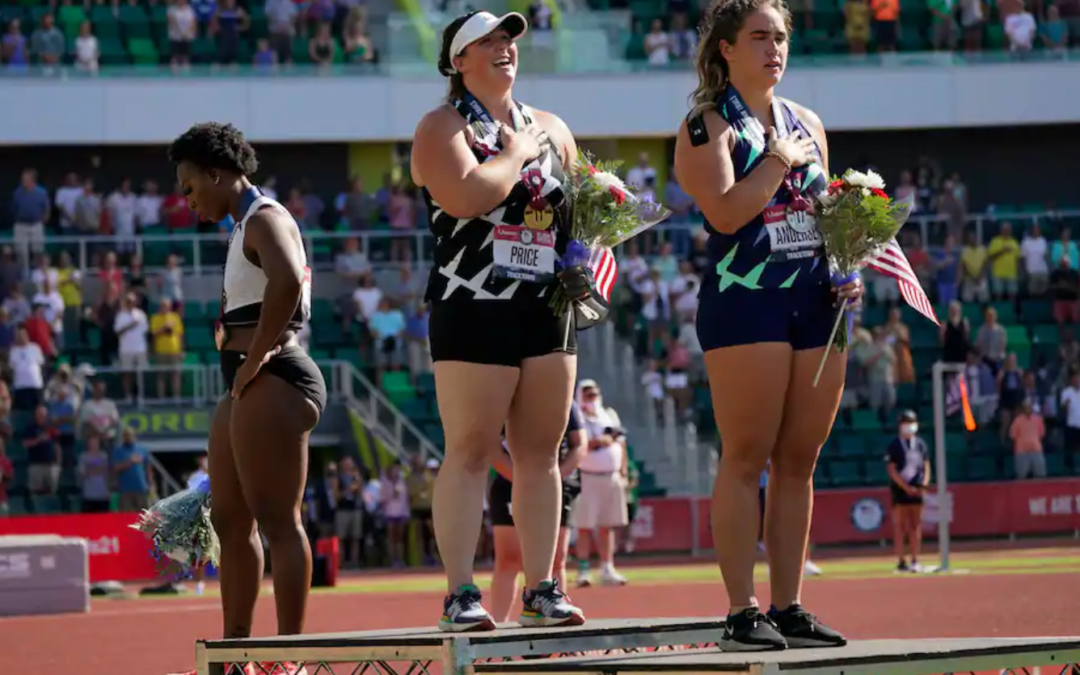 Gwen Berry turned away from the American flag and raised a T-shirt over her face as the national anthem played Saturday, minutes after she qualified for the Olympic team at the U.S. track and field trials in Eugene, Ore. Berry has demonstrated on the podium before, but her impromptu protest Saturday came only after what she called a “setup” by meet officials.

Berry said she had no expectation to protest after she finished third in the hammer throw — and in fact did not even think the national anthem would be played. The song is played only once a night at the trials, not during every medal ceremony as at the Olympics. Afterward, she said an official told her the anthem would be played before she took the podium and posed for pictures. Read More