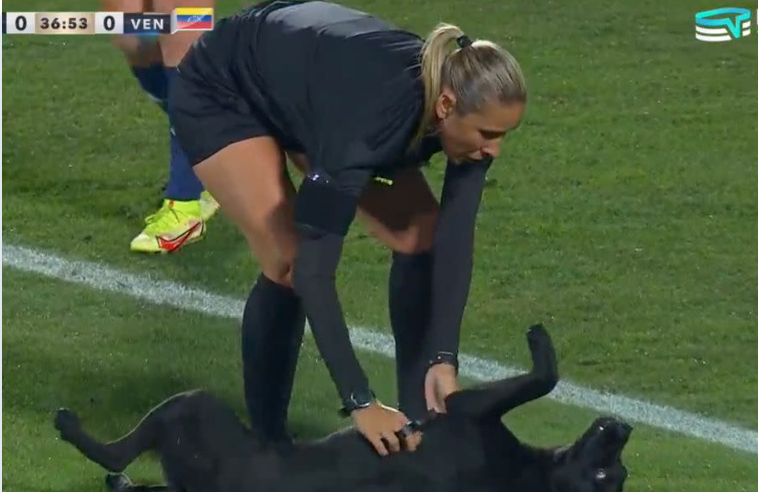 A dog in Chile showed admirable commitment to belly rubs this week.

The big black pup ran onto the field at La Granja stadium in Curicó during a match between Chile and Venezuela’s national women’s teams. It demanded pats from the Chilean goalkeeper and a referee, dashed to the other end of the field and back, and then attempted to snag a few more belly rubs near the sidelines before eventually being carried off by a Chilean player. Read More