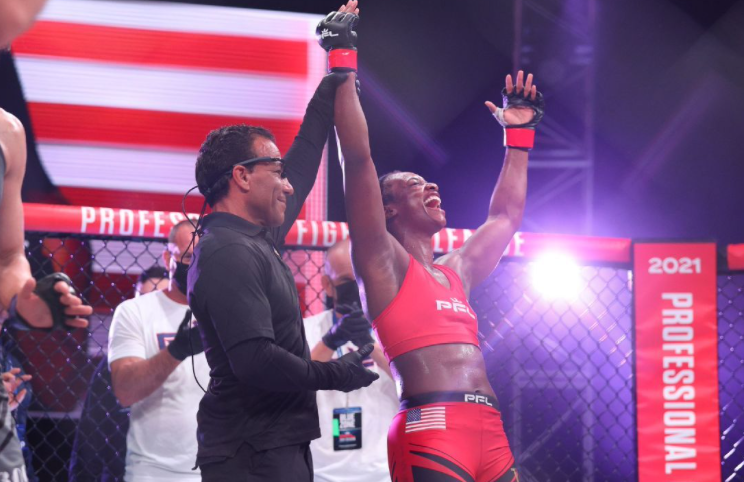 Claressa Shields is a champion. She has showed that for years in the boxing ring, winning gold medals in two Olympics and becoming a three-division world champion (twice undisputed) in an undefeated professional career.

On Thursday night, she showed a different side of her championship mettle by surviving a rough two rounds in her MMA debut before turning the fight her way. She earned a TKO win in the third round of a special showcase featured bout against Brittney Elkin at PFL 4 in Atlantic City, New Jersey. Read More