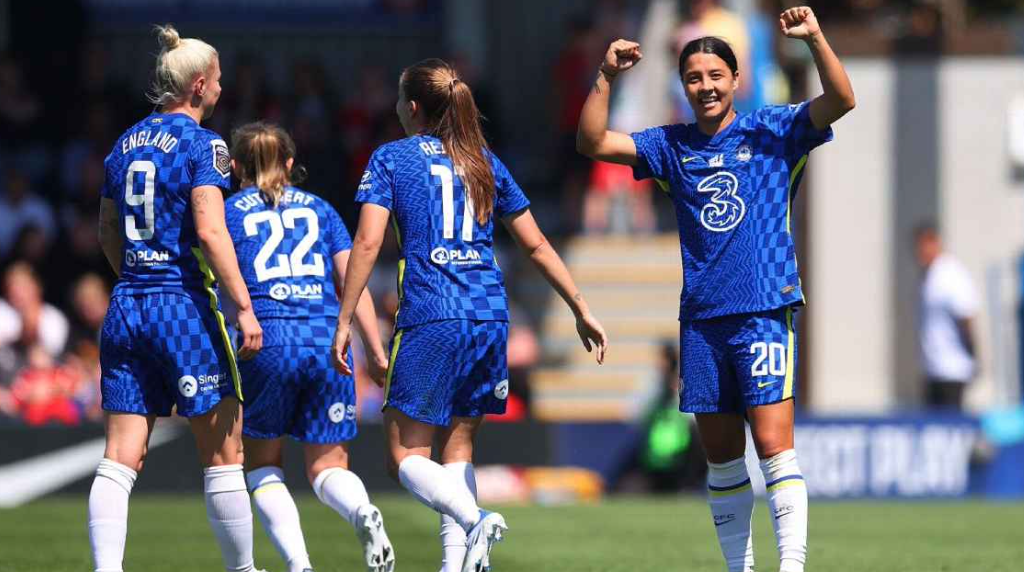 Chelsea have clinched the 2021-22 Women’s Super League title after coming from behind to claim a thrilling 4-2 victory over Manchester United on Sunday.

Head coach Emma Hayes’ side were just a point ahead of second-place Arsenal entering the final game of the season, and Chelsea’s title hopes were in doubt as United’s Martha Thomas and Ella Toone twice put the visitors ahead. Read More