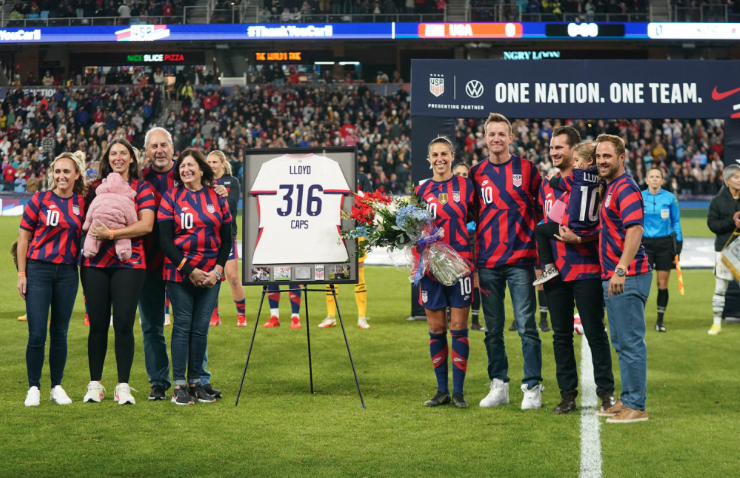 On Tuesday night in Minnesota, Carli Lloyd called it a career.

The U.S. women’s national team star suited up for the final time on the international stage as the U.S. beat South Korea 6–0 at Minnesota United’s Allianz Field for the second of two friendlies between the sides. They played to a 0-0 draw on Oct. 21, and Lloyd exited Tuesday’s match in the 65th minute with the U.S. leading 2–0. Her replacement, Alex Morgan, Megan Rapinoe, Rose Lavelle and Lynn Williams tacked on the late goals to complete the rout.

For the 39-year-old Lloyd, Tuesday’s appearance marked her 316th cap, which is good for second-most in international soccer history, trailing only another U.S. great, Kristine Lilly (354). Read More