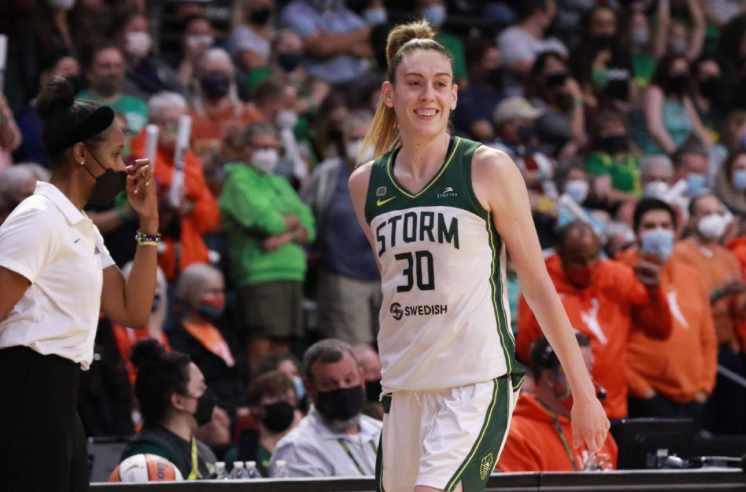 Two-time WNBA Finals MVP Breanna Stewart is “easing back into practice” with the Seattle Storm as training camp begins after undergoing a minor Achilles procedure last October, including participating in the team’s 5-on-5 scrimmages against a male practice squad.

Stewart’s 2021 campaign ended early when she suffered what was called a left foot injury on Sept. 7, causing her to miss the final two games of the regular season and the Storm’s second-round playoff loss to the Phoenix Mercury. A little over a month later, Stewart underwent “a minor repair and reinforcement of the Achilles tendon in her left leg.” Read More