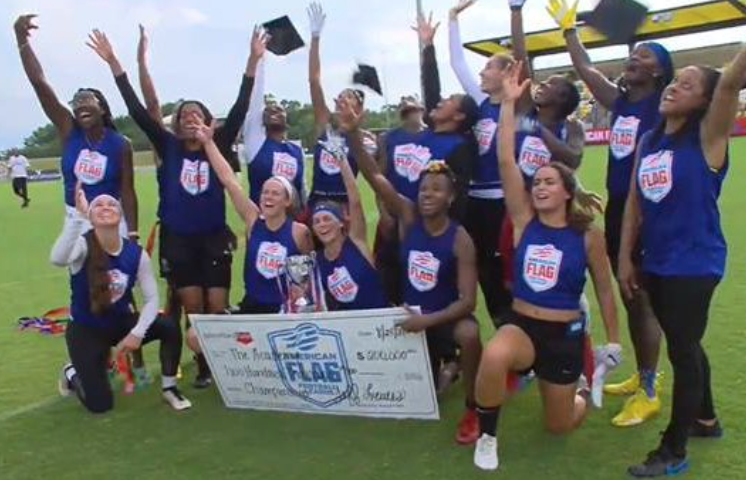 The first-ever women’s division of the American Flag Football League crowned its inaugural champion over the weekend, with The Academy defeating She Blitz 26-0 at AVEVA Stadium in Houston.

In addition to the championship trophy, The Academy earned the biggest payday in the history of women’s professional football. The winning team took home the $200,000 grand prize, which is the same amount the AFFL awarded the men’s championship team. Read More