Who Carries the Load? 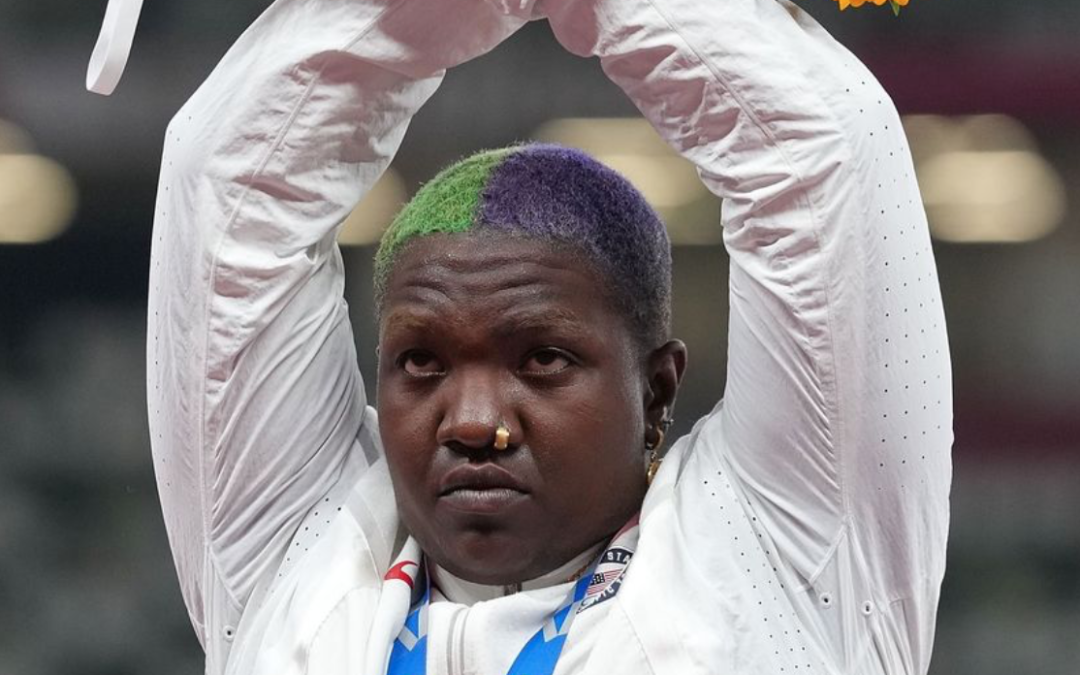 As Olympic medalists lined up for their medals ceremony Sunday night in Tokyo, among them was the inimitable Raven Saunders, who won silver in shot put. Standing on the podium with her medal around her neck and fans from around the world tuning in, Saunders raised her hands above her head and crossed her wrists, forming an X. In a post-ceremony interview, Saunders explained that the gesture represents “the intersection of where all people who are oppressed meet.” This was personal for Saunders as a queer Black woman who also intimately knows the struggles and stigmatization of mental illness. At 25 years old, Saunders has carried the weight of racism, sexism, and homophobia. And now, she bears the burden of calling those systems out.

There’s an ancient Greek story about Sisyphus, a cunning man who cheats death twice and, as punishment, is condemned to roll a large rock uphill that will always fall back down. Futile, thankless effort for all of eternity. In some ways, I’ve found Black people to be the world’s Sisyphus (minus pissing off the gods and deceit, of course). We’re guilty of nothing except surviving everything intended to kill us. We dig our feet into the ground and push that boulder uphill, hoping that our allies will at the very least keep it from retreating backward. And each time, we find ourselves atop that hill, alone, catching our breath before we descend to do it all again. Who helps us carry the load? Read More